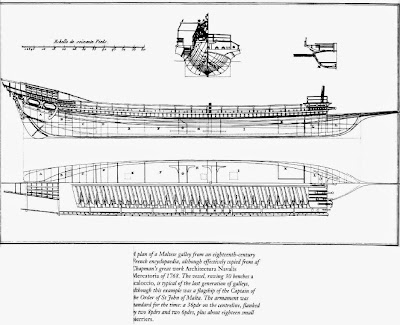 The profession of designing craft for use on or in the water. The high art of ship design, known as naval architecture, emerged during the Renaissance and the Age of Enlightenment. The growth of naval architecture marked a departure from the craft tradition of ship design. It resulted in applying abstract mathematics to ship design, drafting designs on paper, and, overall, taking a more rational approach to design.

From ancient times to the Renaissance, one tradition of ship design existed. In this folk art the master shipwright controlled most of the production process, from selecting the trees for ship timber to launching the completed vessel. Design formed only one of the facets of this craft. It required practical experience, a sense of aesthetics, and an eye for hydrodynamic lines. Some of the earliest ship designers modeled their vessels on seaworthy examples. At first they based their designs on natural forms, such as fish and the underwater lines of waterfowl. The phrase used to describe a ship with a bluff bow and fine stern, “cod’s head and mackerel’s tail,” stems from this design tradition.

As certain wooden ships became known for their seaworthiness, shipwrights copied their lines for new vessels. It is, therefore, not extraordinary that ships from various parts of medieval Europe could fall within general classifications, such as the cog. This craft-based form of ship design prevailed in some countries well into the nineteenth century.

Throughout its history, naval architecture has been closely tied to governmental shipbuilding programs because the development of new design methods and supporting institutions requires a significant financial investment. Venetian shipbuilders were the first to try to replace craft-based design methods with theoretical ones. By the early–fifteenth century, they had elevated galley design to its zenith. To help preserve their superior designs, the Venetians developed a formulaic method requiring only the dimensions of the keel, stem, stern, and midship section. Using this sesto e partixon system, they could extrapolate the rest of the hull lines from these few basic proportions. The Venetians became adept at drawing and preserved some of their designs on paper. They recorded their mathematical methods in the first treatises concerning shipbuilding. Beginning in the mid- to late–fifteenth century, Venetian shipbuilders wrote and reproduced by hand several of these treatises.

This early European movement to develop theoretical ship design methods and preserve them in books departed from the craft tradition of design. Training new generations of master craftworkers had rested on the foundation of apprenticeship and hands-on experience, not book learning. The Venetians and Spaniards began a process that led to the separation of ship design from ship construction.

By the seventeenth century, France vied with Spain, England, and the Netherlands for control of the seas. King Louis XIV hungered for maritime commerce and naval power, and his finance minister and minister of the navy Jean Baptiste Colbert did his best to satisfy those desires. From 1661 until his death, in 1683, Colbert increased the size and number of French warships, improved training of naval officers, and ordered numerous charts prepared for better navigation. In 1666, he founded the Académie des Sciences, which became a forum for scientific matters, including navigation and ship design. In 1680 Colbert brought together prominent French shipbuilders to determine the best way to maximize speed, maneuverability, and gun positioning on board men-of-war. This group established standard dimensions for each class of warship and eliminated many of the rule-of-thumb methods practiced by private contractors.

During the 1700s Colbert’s campaign to promote navigation and shipbuilding bore fruit in the form of design research. French experimenters pioneered the use of model ship basins to test the performance of ship forms. In addition, the Académie awarded prizes for research on ship design subjects, such as the best method for diminishing the rolling and pitching of vessels or propelling a vessel without the use of sails.

The French were the first to establish educational institutions to support the profession of naval architecture. During his administration, Colbert had founded schools of naval construction at the Brest and Rochefort navy yards. These schools began the process of separating ship designers from shipwrights and transforming naval architecture into a form of engineering. In 1765, the French continued this process by founding the École d’Application du Génie Maritime to train its naval constructors. This school was the first to educate its students in the science of ship design.

British interest in naval architecture lagged behind that of the French. The British always had a reputation as some of the best shipwrights in Europe, and a number of English master builders, such as Phineas Pett and Anthony Deane, distinguished themselves as warship designers. Britain’s movement to rationalize the craft of shipbuilding might not have begun, however, had it not been for that nation’s dependence on overseas commerce and the influence of the Royal Navy. During the eighteenth and nineteenth centuries, Great Britain had to control the ocean lifelines that provided for its economy and support a powerful navy to protect those vital supply lines.

The British began to adopt the methods and institutions of naval architecture during the Napoléonic Wars. Fearing that the superiority of French warship designs might tip the balance of power in favor of their naval rivals, British shipbuilders and naval personnel focused their attention on warship design. Some of Britain’s most accomplished mathematicians perfected naval architecture theory beyond the principles advanced by the French. In the 1790s Colonel Mark Beaufoy undertook a five-year study of the resistance of various wooden shapes to water. Beaufoy’s tests represented the first serious British attempt to understand the resistance of hydrodynamic forms to water. Beaufoy also took a leading role in forming the Society for the Improvement of Naval Architecture in 1796. It comprised civilians and naval personnel who supported the study of ship design and construction.

Royal dockyard officials Samuel Bentham and Robert Seppings made their greatest contributions to warship construction methods during this period. One of Bentham’s many initiatives led to the founding of dockyard schools for the Royal Navy’s shipwrights.
Posted by Mitch Williamson at 2:47 PM