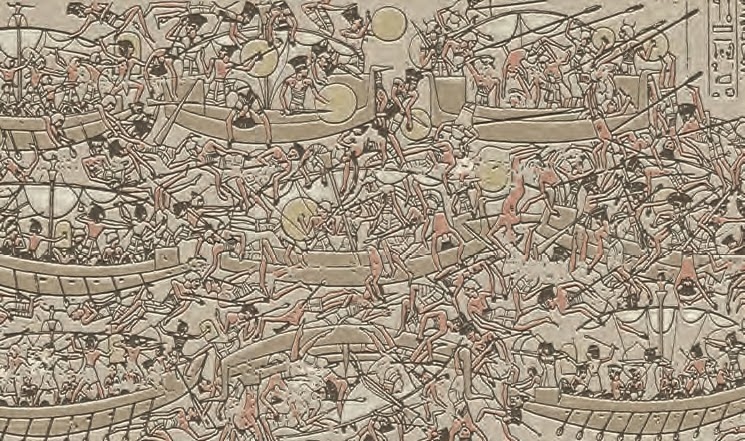 A large relief shows the Egyptian navy fighting the Sea Peoples during the reign of Ramesses II.

Although boats are a common factor of everyday Egyptian life, sailing the open sea is another matter, but for the adventurous young man a career in the navy might be appealing. Egypt keeps several squadrons of speedy ships to patrol the eastern Mediterranean. The sailors, however, rarely do any fighting, which is done by land troops carried onboard—sometimes as many as 250 men.

The ships can be sailed and rowed, which gives them an advantage over most enemies, who only sail, and powerful archery wins many battles without the need for hand-to-hand combat. In most cases, however, the navy is used to transport troops to where they are needed—on the coast of Canaan or upriver to Nubia, when the boats need to be dismantled and carried up the cataracts. 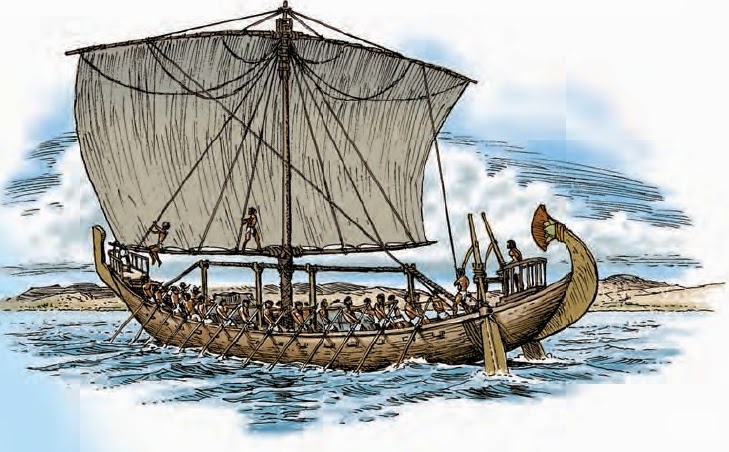 The expedition to Punt Queen

Hatshepsut commissioned a trading venture to the distant, legendary Land of Punt, probably situated on the coast of Somalia, East Africa. The fleet sailed from Thebes, down the Nile almost as far as modern Suez, crossed over by canal into the Red Sea, and then undertook the long voyage southward.

The expedition’s progress was recorded in detail by scribes in a series of painted reliefs, including the tall, thin chief of Punt, Perehu, and his deformed wife Ety. These are preserved in the queen’s great funerary monument at Deir el-Bahari in Western Thebes.The expedition returned safely with its rich cargoes of ebony, ivory, gold, electrum, aromatic woods for perfume-making, cosmetics, and panther skins, not to mention apes, dogs, and natives of Punt.
Posted by Mitch Williamson at 4:31 PM