The Nef as Ship 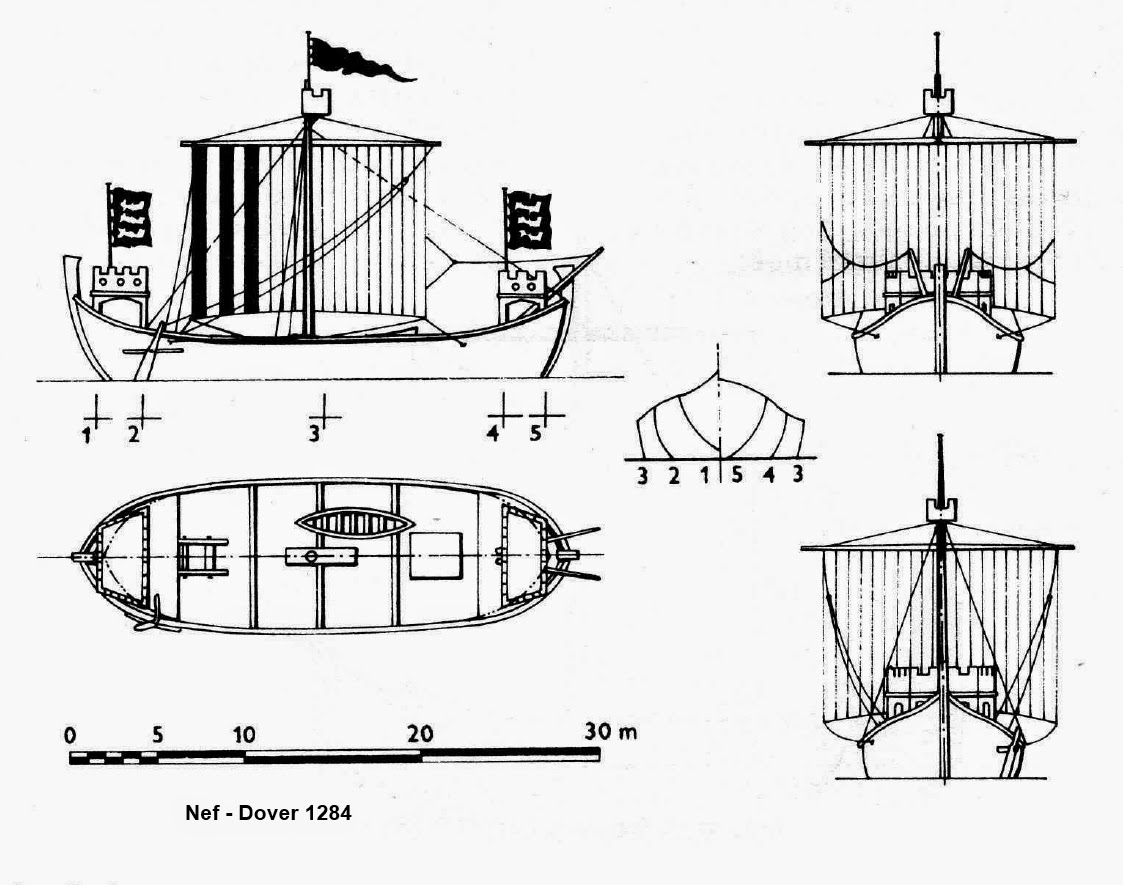 Nef is an old term for a type of boat, originally referring a largish sort of Knarr or "Halfskip" (which was a double ended sort of canoe shape, about 2.5 to 3 times as long as wide, and used by Northern European travellers and trades for exploration and cargo).

A fully rigged medieval sailing merchantman and warship. Developed in France, the nef had a broad beam, rounded ends, and a carvel-planked (flush rather than overlapping) hull. Similar in design and purpose to the cog, this type of ship was normally single masted with a more rounded stern than the cog. Fore and after castles were part of the hull structure. By the fifteenth and sixteenth centuries the vessel had grown to almost 400 tons and carried three masts. Its basic purpose as a naval vessel was to serve as a fighting platform.

Nef: 1.Also called a roundship, a single-masted clinker-built ship used in Europe during the middle-ages until the 14th century, for example as transportation for the crusades. Descendant of the Viking longship a Nef still had a side-rudder and was used in Northern regions a century or two longer with a sternpost-rudder. 2.A French word for ship.

p.73  has a line-drawing of a Genoese nef based on the best available evidence.

p.74  "They may have been cheaper to build or to operate than a_nef_."  The word _nef_ is used two more times on this page.

p.82  "Already by 1400, as we have noted, the older Mediterraneanround-ships such as _nefs_ and _taurides_ had been replaced by more efficient northern European _cogs_."

p.83  "Often built as large as 700 or 1,000 tons, _carracks_,which were sometimes also called _nefs_ in the fifteenth century, carried most of the heavy bulk cargoes, such as salt, wheat, cotton, and timber, throughout the Mediterranean."
Posted by Mitch Williamson at 5:03 AM