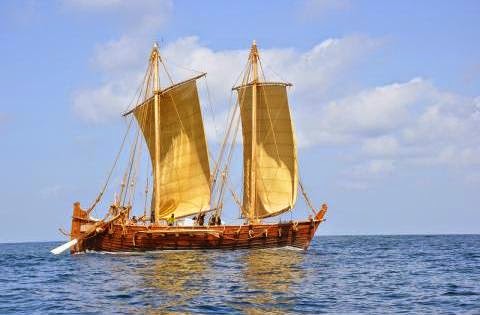 After completing her voyage last year, the Jewel of Muscat ship is currently being prepared for its move to a maritime museum in Singapore.
In the meantime, there continues to be widespread interest in the historic project. The second TV documentary about the ship has been completed, and will be broadcast on the National Geographic Channel later in 2011.
The one-hour programme follows the ship as it sails from Oman to Singapore – and includes dramatic filming of the ship at sea.
Posted by Mitch Williamson at 2:57 PM