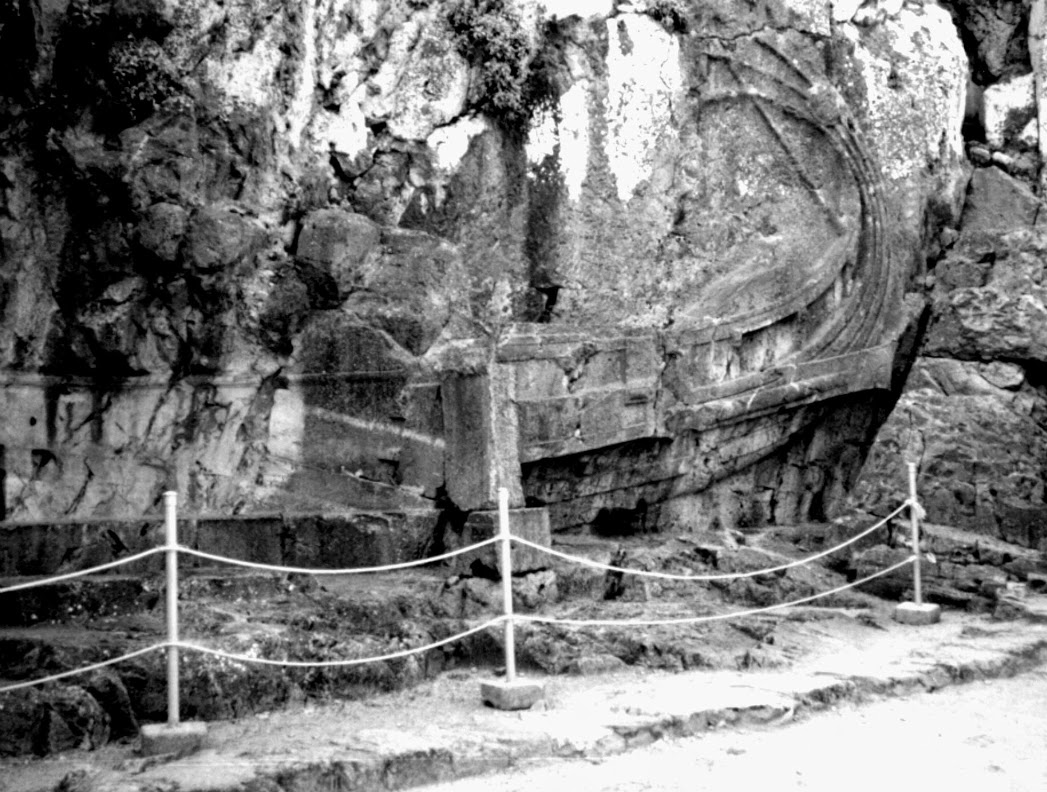 Carving of a triemolia (Rhodian ship), 2nd century BC, Lindos. Carved into the rocks on the route to the Acropolis at Lindos. On the bow there stood a statue of General Hagesander Mikkion, by sculptor Pythocritos. Dates from c 180 -170 b.c.

Most easterly of the islands in the Aegean, situated off the coast of Caria in Asia Minor. From the time of Vespasian (ruled 69-79 A.D.), Rhodes, known as Rhodus, was attached to the province of ASIA. The island had a long history of excellent relations with Rome, helping in the Macedonian and Mithridatic Wars. Supporting the cause of Julius Caesar during the Civil War, Rhodes was plundered mercilessly by Gaius Cassius in 42 B.C. but was richly rewarded by Augustus for its loyalty. Starting in 6 B.C., Tiberius took up residence on the island in a self-imposed exile from the disappointments of Rome; he would depart to become adopted by Augustus in 4 A.D. Because of their act of crucifying several Roman citizens, the Rhodians were deprived of their independence in 44 A.D. by Claudius. Appealing to Nero in 53, they were given their own government again, although prosperity was never actually attained. An earthquake in 155 A.D. flattened most of the island, and henceforth it remained one of the least developed corners of the Empire.

Though never large, this should be the best fleet of the ancient period. Excellent seamanship coupled with generally heavier types than the Carthaginians. Superior Rhodian naval architecture was a state secret, with the sentence death passed on unauthorized persons in military shipyards. Frequently allied to Rome, the Rhodians provided the major check on pirate activity in the Mediterranean. When Roman policy later diverted trade revenue from Rhodes destroying the economic basis of the fleet, the Mediterranean largely fell under the control of pirates.
Posted by Mitch Williamson at 11:16 AM