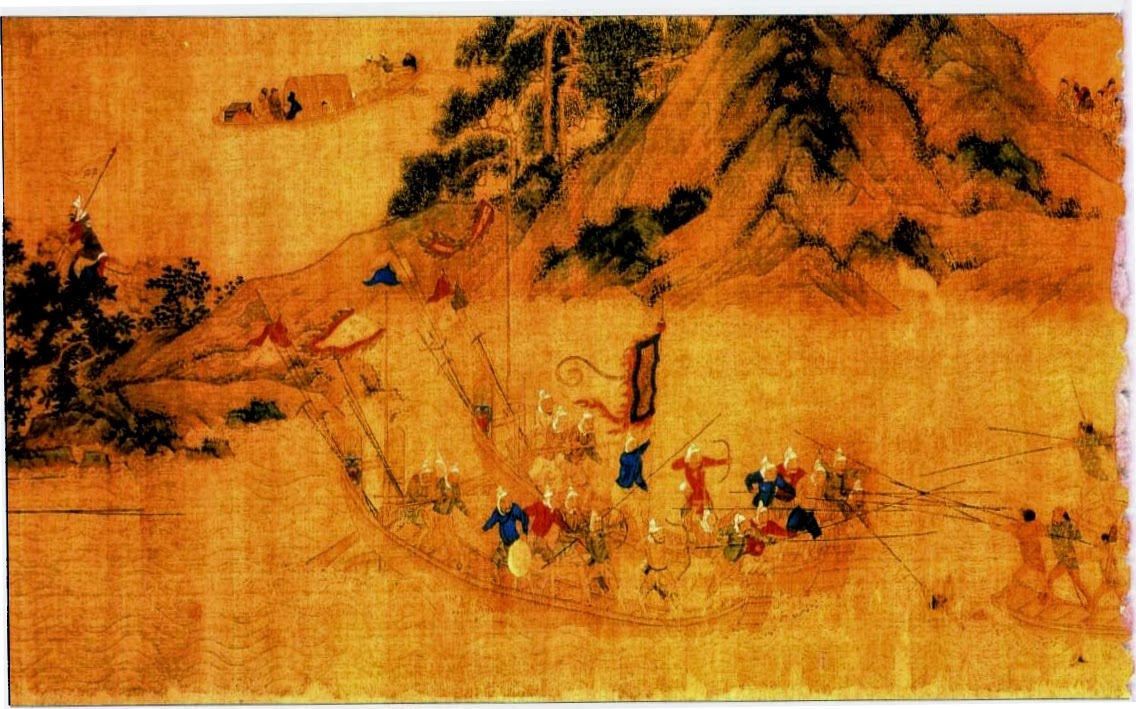 Ming soldiers use a sampan to repel Japanese wako (pirates). The wako were the curse of the Far East for much of the 14th and 15th centuries, raiding Korea and China.

When we turn to the first all-wooden boats in China we encounter a word that was to become very well known. The word 'sampan' is derived from the Chinese 'san' meaning 'three' and 'pan' meaning 'planks', the whole being a symbolic representation of a small boat. As a class it represents boat in its most rudimentary form, and doubtless the derivation of its popular name indicated its origin from a raft of three planks or logs. If its construction is studied, it becomes apparent how, through a process of evolution, it would occur to the ancient naval architects to build up the fore end of the raft to create a bow. Later improvements would have included the introduction of a transom in the stern. Ancient stone carvings give us our first pictures of Chinese sampans, and it is fascinating to note that one representation, dating from AD 147, shows sampans being used for naval warfare. The boats are of a characteristic shape, and we see combatants armed with swords and shields, while one has a bow and arrow. A single oarsman in the stern propels the sampans.
Posted by Mitch Williamson at 11:11 AM