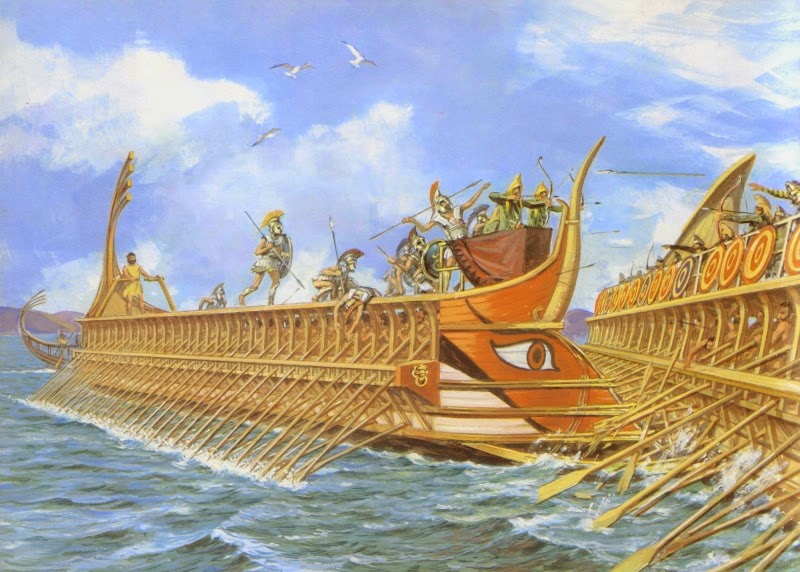 Naval battle that ended Spartan hegemony in the Aegean Sea after the Peloponnesian War. Harassed by a Spartan-led expeditionary army operating in western Asia Minor, the Persian satrap Pharnabazus persuaded King Artaxerxes II to equip a fleet and appoint Conon as admiral in 397 b.c. When four mainland Greek cities (Athens, Thebes, Corinth, and Argos) started a war with Sparta in 395 b.c. with Persian encouragement, the Spartan King Agesilaus was forced to lead the army in Asia Minor back to Greece in the summer of 394 b.c. At about the same time, Agesilaus’s brother-in-law, the nauarch Peisander, met the Persian fleet in a battle off the south coast of the Reşadiye Peninsula near the city of Cnidus (then located near modern Datça). Peisander’s fleet of 85 triremes faced an enemy fleet of 80 Phoenician ships, 10 Cilician ships, and perhaps 80 Greek ships.

We have two brief descriptions of the battle, by Xenophon and Diodorus Siculus. According to Xenophon, Conon’s Greek ships were posted in front of Pharnabazus’s Phoenician ships. Peisander’s allies soon fled or were driven ashore, and he himself died in the fighting. According to Diodorus, Conon captured 50 triremes and took 500 prisoners, the rest getting back safely to Cnidus. News of the disaster reached Agesilaus about the time of the solar eclipse of 14 August 394 b.c.

The impact of the battle was dramatic, destroying Sparta’s naval supremacy and leading to the wholesale defection of Aegean and Anatolian Greek city-states from the Spartan alliance. Athens tried to reverse the verdict of the Peloponnesian War, rebuilding the fortifications demolished in 404 b.c. and seeking to reassert its authority over its former empire.