VENICE AND THE PAPACY 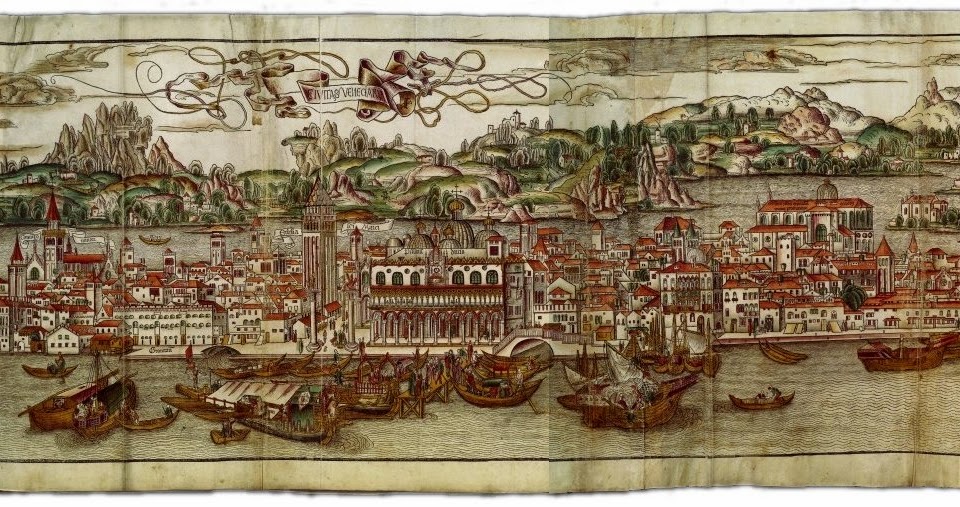 A Venetian fleet. They are the only surviving artistic representations of the Fourth Crusade from the Middle Ages. The crusade is depicted in the mosaics from a decidedly Venetian point of view closely following the story told by the Venetian Martino da Canal in the 13th century.

The excommunication of Venice on the Fourth Crusade marked the end of an exceptionally close relationship with the papacy. Venetians did most of their business in the East, but remained devoted to the church of Rome, supporting it during various disputes. In 1077, Pope Gregory VII spoke of the "uniquely close relationship" between Venice and Rome, and in 1177 the republic helped to end a struggle between the pope and the German emperor.

Venetians were also strong supporters of the crusades-indeed, no state in Europe so often and so vigorously took up the cross. Venice's fleet was the largest single contribution to the First Crusade, and in 1122 the doge in person led thousands of Venetians to the Holy Land, where they crushed the Fatimid navy and helped to conquer Tyre. That Innocent III should turn to Venice for help with the Fourth Crusade was unsurprising, but circumstances outside anyone's control made him regret that choice.
Posted by Mitch Williamson at 2:33 AM