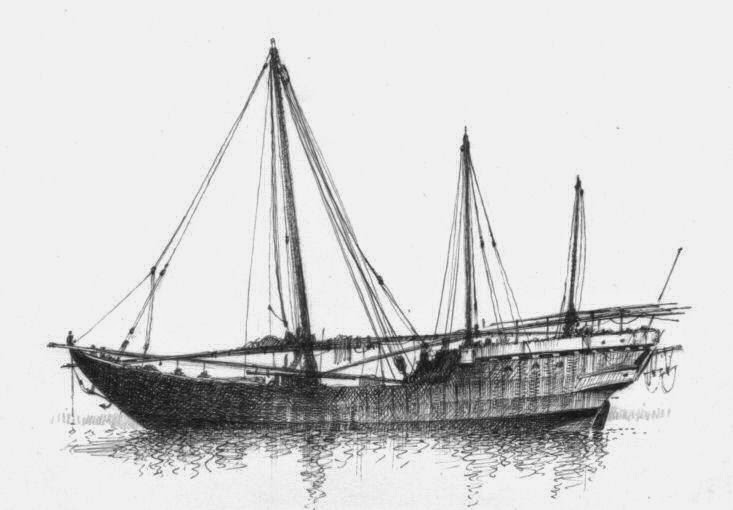 Easily distinguishable by its typical stem-head with trefoil crest, Ghanjah was formerly used in trading. having a capacity of 130 to 300 tons, this boat used to be built in Sur.

Very similar vessel to the Baghlah and difficult to distinguish, the major give away being the stem head. The Ghanjah has a protruding stem head with a round ornament carved at the end, there is also a distinctive tri fingered design on top of the round ornament. The Ghanjah tended to be narrower than the Baghlah and has been known to carry three masts.
Posted by Mitch Williamson at 8:33 PM