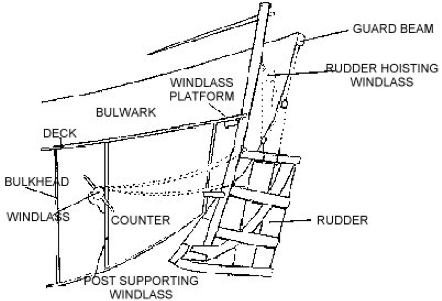 Chinese naval developments occurred far earlier than similar western technology. The first recorded use of rudder technology in the West was in 1180. Chinese pottery models of sophisticated slung axial rudders (enabling the rudder to be lifted in shallow waters) dating from the 1st century have been found. Early rudder technology (c 100 AD) also included the easier to use balanced rudder (where part of the blade was in front of the steering post), first adopted by England in 1843 – some 1700 years later. In another naval development, fenestrated rudders were common on Chinese ships by the 13th century which were not introduced to the west until 1901. Fenestration is the adding of holes to the rudder where it does not affect the steering, yet make the rudder easy to turn. This innovation finally enabled European torpedo boats to use their rudders while traveling at high speed (about 30 knots).
Posted by Mitch Williamson at 2:35 PM