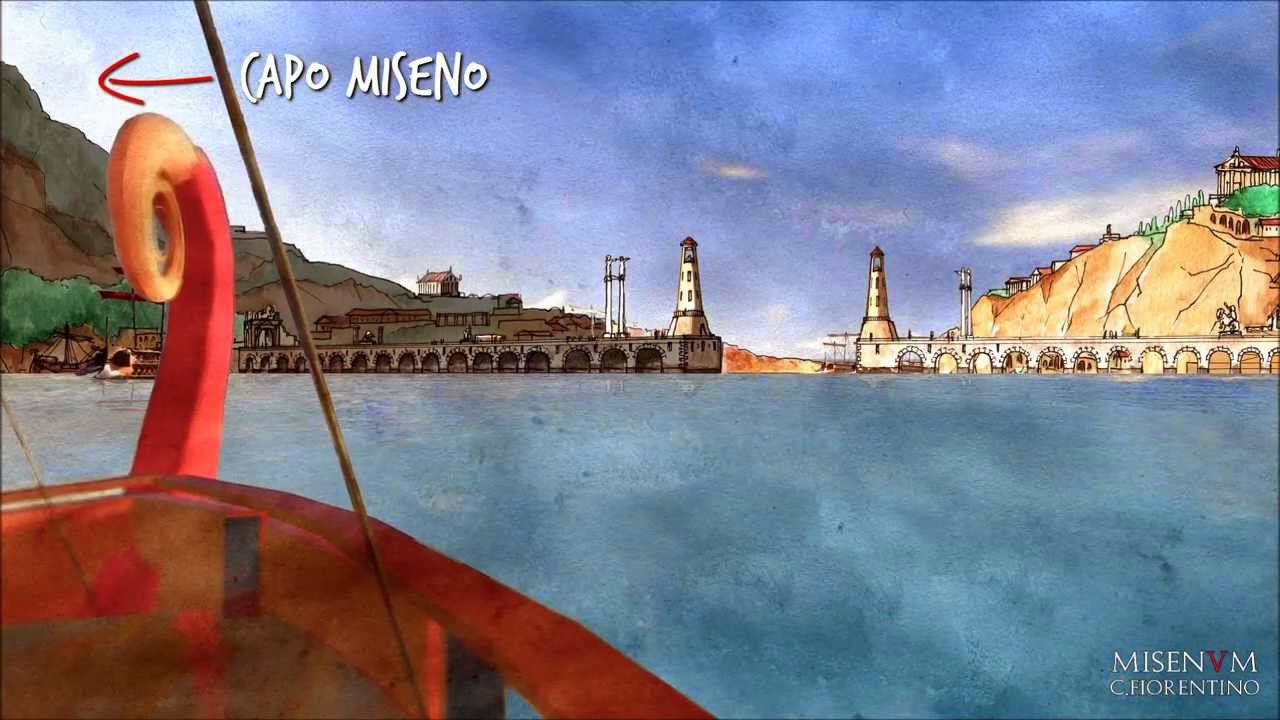 A small promontory jutting into the Tyrrhenian Sea from the coast of Campania in Italy on the Bay of Naples. Misenum was situated in the region of Cumae, Bauli, Baiae and Puteoli. Its name was derived supposedly from Misenus, the trumpeter of Aeneas, who drowned in the waters of its bay. For many years the Campanians were threatened by pirate sorties out of the Tyrrhenian Sea. These attacks were a leading reason for Pompey's brilliant campaign of 67 B.C. against the pirates in the Mediterranean.

Conference of Misenum
Meeting held in 39 B.C. between the Triumvirs Marc Antony and Octavian (Augustus) on one side, and Sextus Pompey, the pirate son of Pompey the Great. Sextus had proven a surprisingly successful pirate chief, whose ships commanded much of the Mediterranean, threatening all of the Italian coast as well as the provinces, and wielding the power to cut off vital shipments of grain from Africa to Rome. Following the Treaty of Brundisium in 40 B.C., both Antony and Octavian had recognized the need to deal with Sextus Pompey. They were, however, not in a position to hound him from the seas and consequently agreed to a discussion. The first encounter at Puteoli ended in nothing, but in the spring of 39, real progress in negotiations led to the Treaty of Misenum. By the terms of this agreement, Sextus promised to leave the corn supply unmolested, to respect the integrity of Italy, return all seized property and to engage in no hostile actions. In return, he received Corsica, Sardinia, Achaea and Sicily, along with vast sums of money as recompense, and a position in the triumvirate. He was also promised eventual augurship and consulship. His status was thus strengthened militarily and politically, although both of his opponents knew that the treaty would not remain intact.

Naval Base
Misenum's strategic value was clear, and when Augustus reorganized the armed forces of Rome, he chose the spot and its bay to build an excellent harbor.

Misenum was the largest base, Portus Julius, of the Roman navy, since it was the base of the Classis Misenensis, the most important Roman fleet. It was first established as a naval base in 27 BC by Marcus Agrippa, the right-hand man of the emperor Augustus.

Misenum emerged, with Ravenna, as one of the major ports for the Roman Imperial Navy in Italy.
Portus Julius (alternately spelled in the Latin "Iulius") was the home port for the Roman western imperial fleet, the classis Misenensis, named for nearby Cape Miseno. (The eastern fleet was in Ravenna.) The port was located at the western end of the gulf of Naples and other than the waters of the bay, itself, consisted of three bodies of water in the area: Lake Lucrino, Lake Averno, and the natural inner and outer harbor behind Cape Misenum. The port was named for Julius Caesar.

In preparation for the epochal naval battle of Actium, the Romans constructed a ship-building and training facility in the area. After the successful outcome of the battle, the facility was expanded by Caesar Augustus in 37 BC. The various lakes were linked by canals and the area was also joined to nearby Cumae by an underground passage 1 km (0.6 mile) long and wide enough to be used by chariots.

The Romans built new breakwaters and a freshwater reservoir, the Piscina Mirabilis, of unparalleled size. The outer harbor behind Cape Misenum served the active vessels of the Roman navy and provided room for training exercises, while its inner counterpart (to which it was connected by a canal crossed by a wooden bridge) was designed for the reserve fleet and for repairs, and as a refuge from storms. Because of its location, the area controlled the entire Italian west coast, the islands and the Straits of Messina.

Command of the fleet at Misenum was considered a very important step upward in a Roman career. Often marines and sailors could be transferred from Misenum to Rome for special imperial duties or as rigging operators at the Colosseum.

As was true with much of Campania, the community that developed around the bay was a favorite retreat for the most powerful people in Rome. Marius owned a villa there, which passed into the hands of Tiberius. There, in 37 A.D., Gaius Caligula looked on as the aged emperor either died of natural causes or was murdered.

Roman Navy
Posted by Mitch Williamson at 2:34 PM No comments: 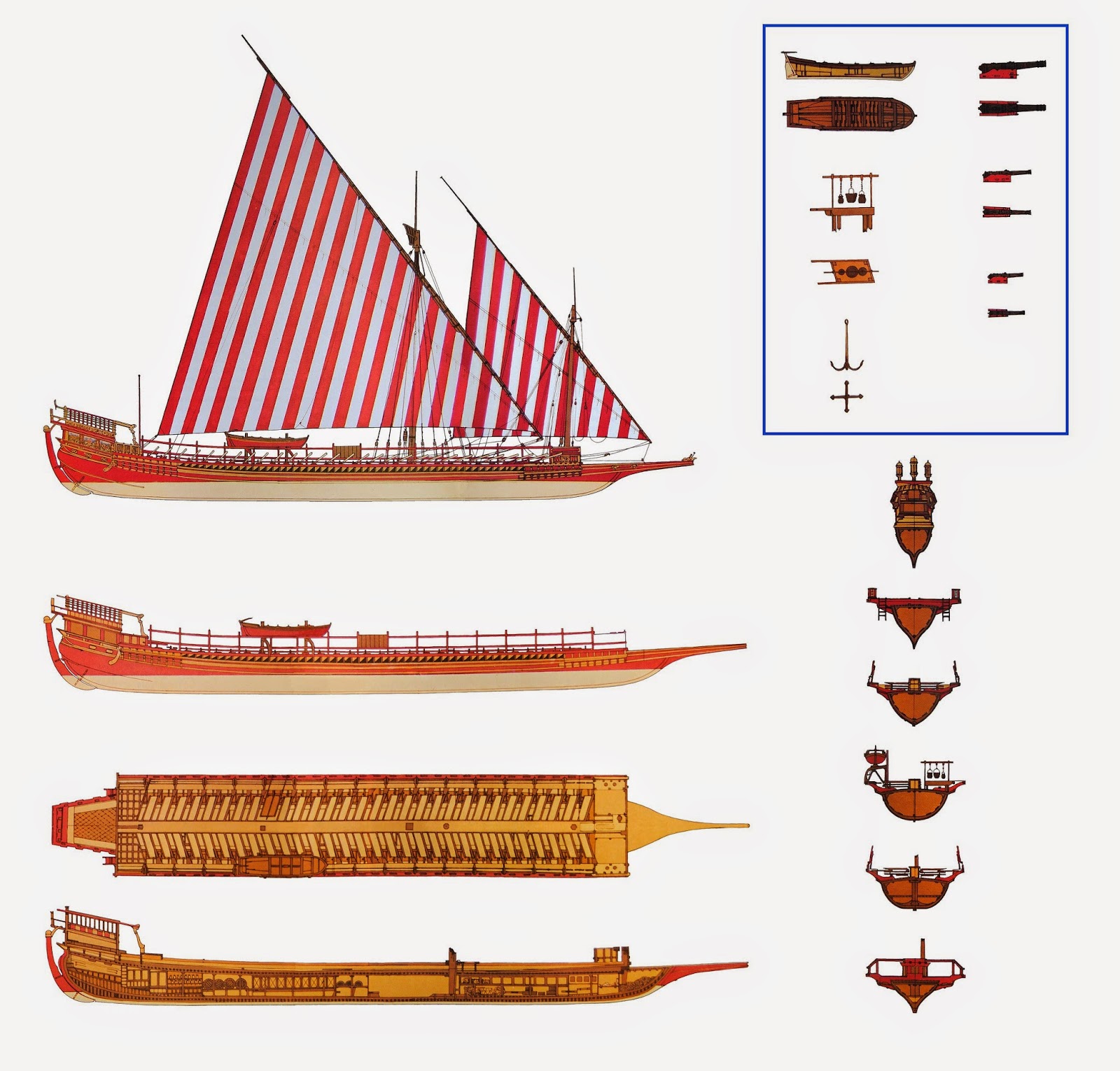 To mark the fourth centenary of the battle of Lepanto, a replica was built at the Museu Marítim de Barcelona of the royal galley of Juan de Austria. The vessel was the flagship of the fleet of the Holy League (comprising Spain, the Republic of Venice, the Papal States and Malta), which fought the Turkish navy at Lepanto on 7 October 1571.


A very large vessel, the royal galley had a length of 60 metres and a breadth of 6.2 metres. Propelled by 59 oars operated by 236 oarsmen, the vessel was also rigged with 2 masts, specifically a mainmast and a foremast with respective heights of 22 metres and 15 metres, and lateen sails with a surface area of 691 square metres.


One of the galley’s characteristic features was its decoration, the work of Seville’s most highly renowned artists of the age. Juan de Mallara, a humanist and a counsel of the Spanish court, was responsible for the design of the decoration, the selection of themes and the iconography used. He actually left a detailed written description thereof, on the basis of which it was possible to reproduce those elements on the replica. The features on the stern are a highlight of the overall decorative work. The sculptures and paintings which appeared on that part of the original vessel were produced by Juan Bautista Vázquez and Benvenuto Tortello, portraying mythological figures and scenes along with symbols of the Catholic doctrine, such as faith, hope and charity, represented by the awning’s lamps.
Posted by Mitch Williamson at 6:49 PM No comments: 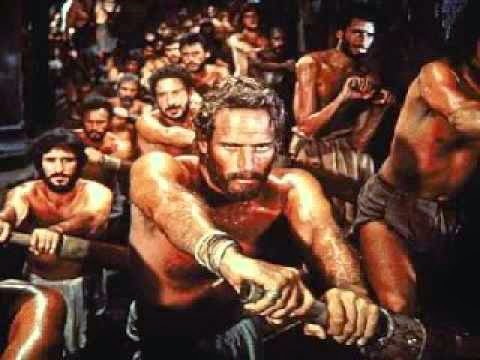 The Athenian fleet developed muscular bonding among a larger proportion of the total population than ever fought in Sparta's phalanx. In 483 B.C., when Themistocles persuaded the Athenians to build a fleet of triremes, the citizens who manned the oars found themselves in a situation that required prolonged and precise movement in unison. The three tiers of oars had scant clearance. Every oarsman had to keep pace with those in front and behind, while also keeping his oar out of the path of those banked above or below him. Deviation of more than a few inches, and mistiming by a fraction of a second, meant a tangle of oars and loss of momentum. Precision was absolutely vital, and it took considerable practice for a crew to settle into a smooth, effective rhythm.

Rowing flexes the same arm and leg muscles as marching and dancing, and a seated posture may not diminish the emotional effect of keeping together in time that results from such exercises when people stay on their feet. Unlike contemporary rowers, ancient trireme crews pulled their oars in unison by conforming to the beat of a mallet on a special sounding board; and this may have strengthened their visceral response to keeping together in time. If so, the Athenians, too, were in a position to provoke the same sort of emotional solidarity that the Spartans did, with the difference that the upwelling of common feeling among the Athenians concentrated among citizens too poor to equip themselves for the phalanx, and who, instead of fighting on land, rowed in the fleet almost every summer between 480 and 404 B.C.
Posted by Mitch Williamson at 6:45 PM No comments: