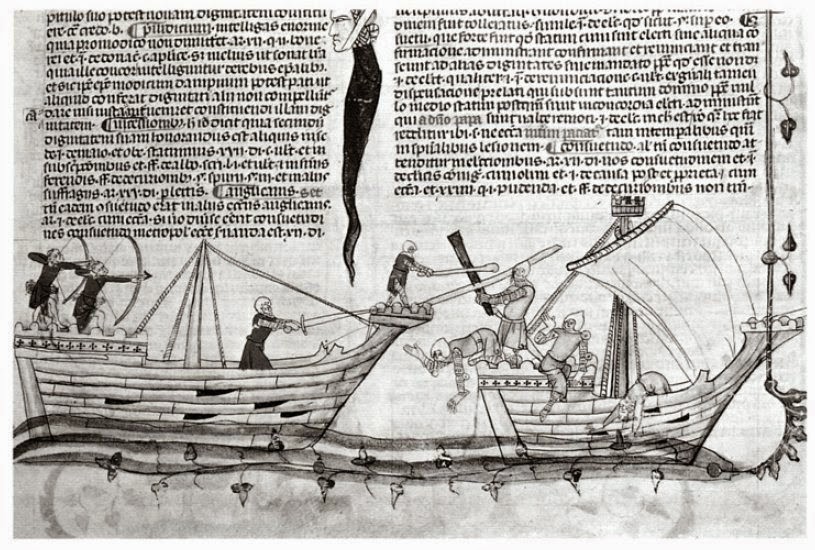 A remarkably realistic depiction of a sea fight between two cogs, dated to c. 1300-1320 by details of the armour and the ships' construction. The picture emphasizes the importance of shock combat as the ultimate arbiter of boarding fights, although the two archers, identifiable as English longbowmen by the size of their bows and their full draw to the ear, seem to be playing a major role in the fight. 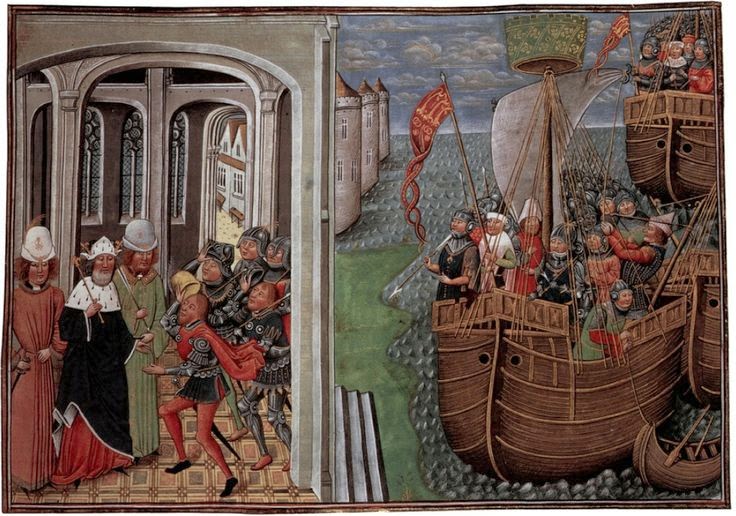 An English fleet landing at Lisbon during the time of the Hundred Years War, from a near-contemporary illuminated manuscript. A significant function of fleets at the time was to convey important persons and delegations to their destinations, though the vagaries of wind and weather made the business an uncertain one. As usual, the medieval artist's focus is on noble personages. 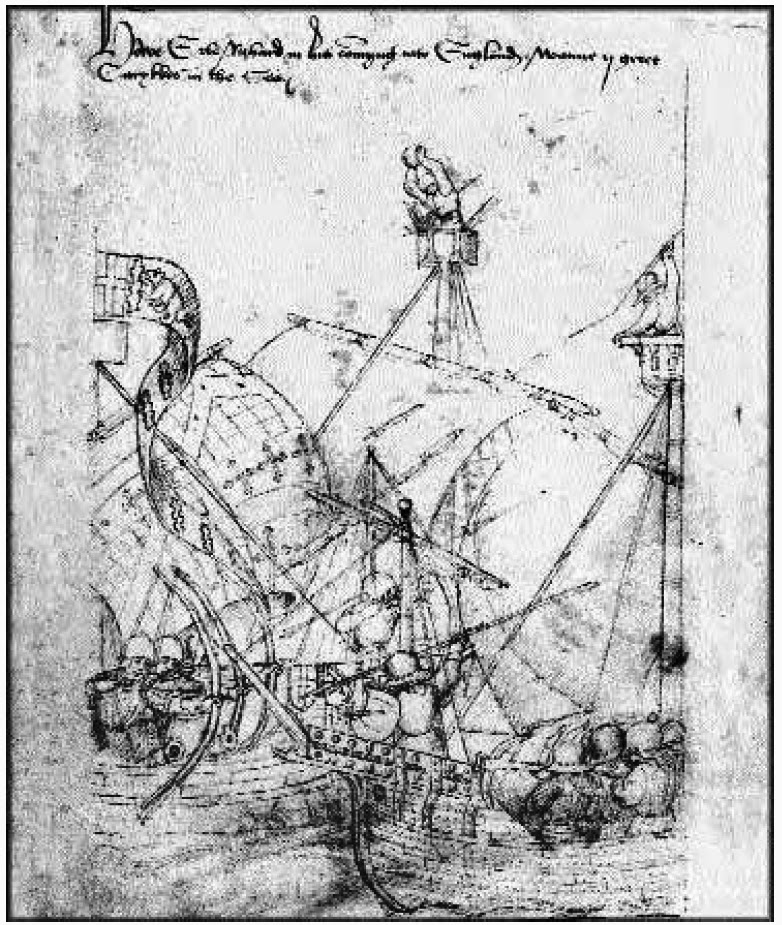 From a near-contemporary manuscript illumination depicting the 1340 battle of Sluys, vividly conveys the character of sea fights in the pre-gunpowder era: desperate contests with edged weapons;, bows and crossbows, fought out behind the dubious protection of wooden bulwarks. The exaggerated size of the combatants and the prominence of armoured men-at-arms reflects the social and military dominance in Europe of chivalric elites who excelled in shock combat. The ships are cogs.
Posted by Mitch Williamson at 10:28 PM