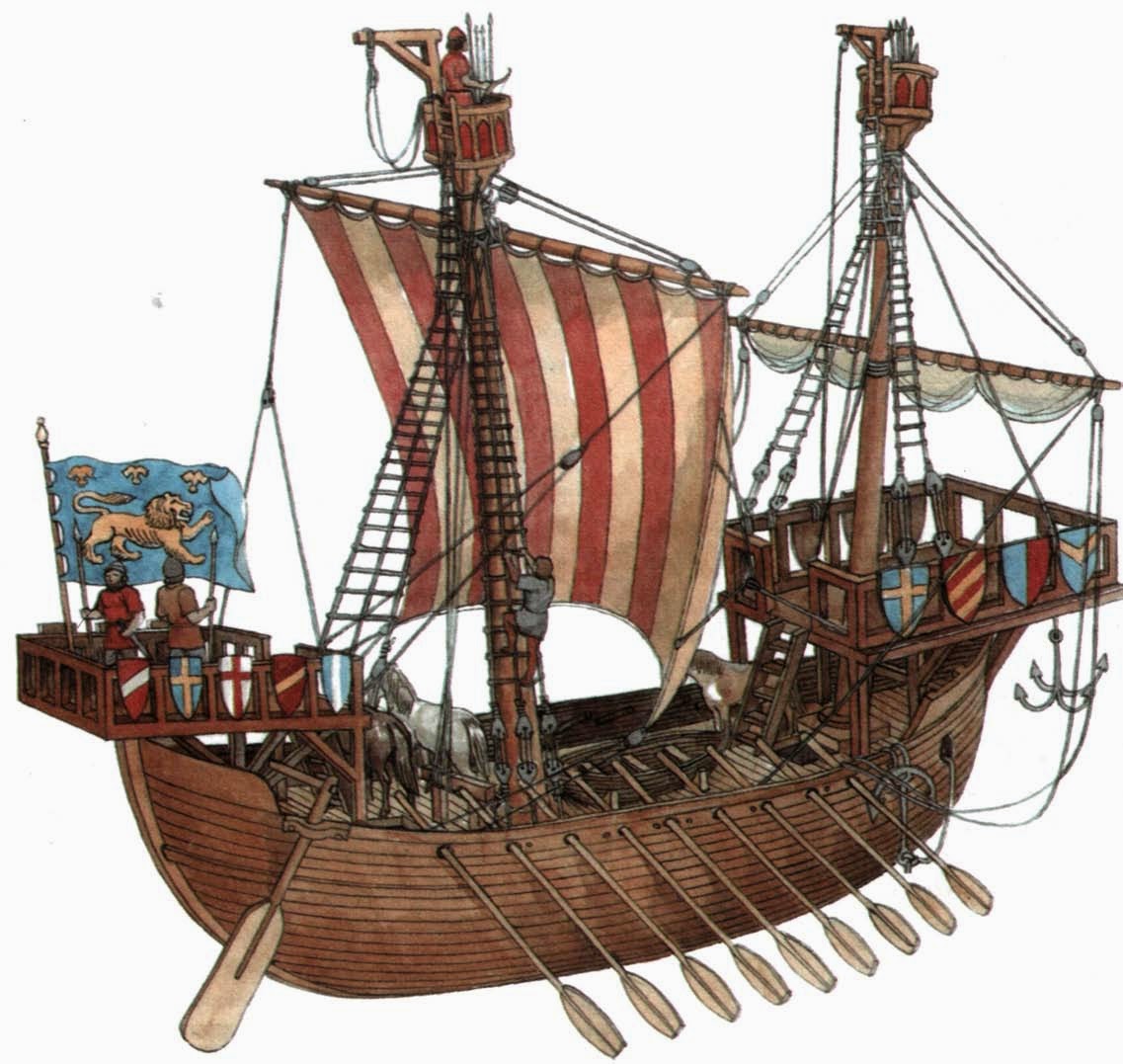 In assessing the capabilities of warships, the most basic parameter is size, usually given in tons. Unfortunately, pre-modern usage was inconsistent and modern authors all too frequently fail to specify which ton they are using and how. The ton has its origins in the English tun, a barrel with a capacity of 252 gallons used in the French wine trade that became the dominant unit of measure for shipping in medieval Britain and western Europe from Amsterdam south. The equivalent in northern waters was the last, roughly two tons, while the botte, about half a ton, prevailed In the Mediterranean. Capacity was at first given in terms of the number of tuns, lasts or botte that could actually be loaded into a ship's hold. Later, methods were developed for using hull dimensions to calculate precisely capacities in these units (and their local variants, of which there were many). The results were - and are - economically informative. The sizes of sailing warships were calculated in the same way, but the results are less helpful, for carrying capacity is a poor indicator of military potential. By contrast, war galleys were rated according to their number of rowing banks and oarsmen. In both cases, size was related to combat capability; the question is how best to measure and express it. Most modern authors use tonnage - by definition a measure of capacity - to express the size of medieval and early modern ships, but this can be misleading even when used correctly.

The modern solution is to rate warships in terms of the weight of water they displace, expressed for convenience in long tons of 2,240 pounds avoirdupois. Unlike medieval capacity calculations, the results are not exact, for a vessel's displacement varies with the load it carries. The results are, however, meaningful and apply to war galleys as well as sailing warships. We must obtain them ourselves, however, for in medieval times only Chinese shipwrights were able to calculate displacements, and their methods were lost with the Ming dynasty's ban on ocean-going vessels. European shipwrights began calculating displacements only in the late 1600s, and for another two centuries used the results only as part of the design process. Fortunately, medieval and early modern shipwrights - at least successful ones - were systematic and their designs consistent. Knowing the dimensions of a few representatives of a given type, we can calculate the displacements of the rest with reasonable accuracy from one or two parameters: length, breadth and depth of hull or capacity in tons, lasts or botte. We are helped in this endeavour by naval historian Jan Glete who has calculated the displacements of an immense number of early modern warships and published the results in his trail-breaking Navies and Nations: Warships, Navies and State Building in Europe and America, 1500-1860.
Posted by Mitch Williamson at 10:48 PM