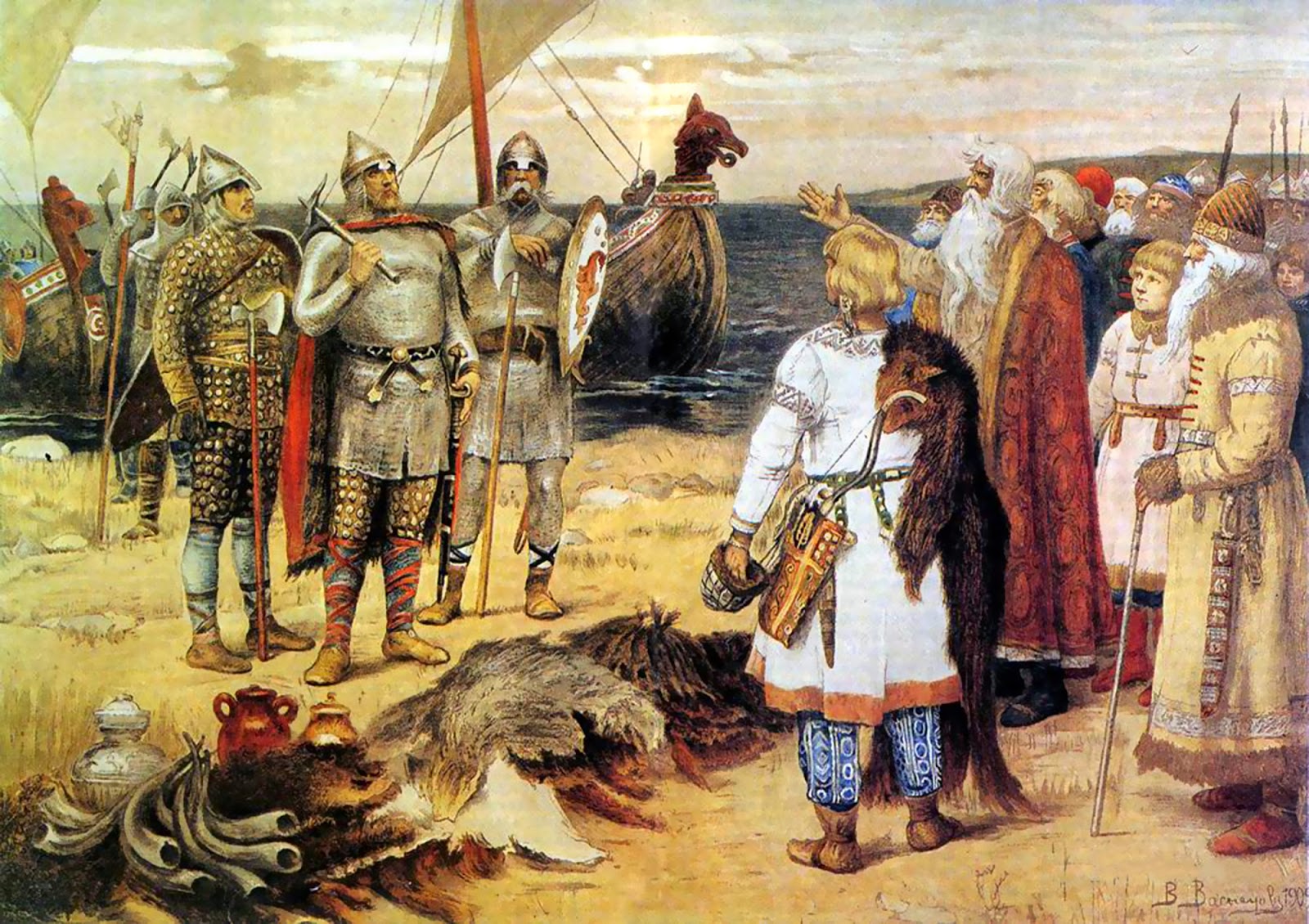 Among the Slavic peoples it was foreordained that the people of Novgorod should become the innovators of sailing and shipbuilding. Owing to the diplomacy and judicious policies of its princes, Novgorod was never plundered by the Horde. With each successive year, craftsmanship developed; the merchants of Novgorod flourished as trade increased.

In contrast to the people of southern Russia the Novgoroders designed larger boats for transporting cargoes on the Baltic Sea and for waging maritime battles. In fact, the citizens of the Free City of Novgorod became known for their maritime exploits. Novgorod's bigger lodyas were built with decks and posed a far greater menace to its neighbours.

In order to protect and strengthen commerce, Novgorod waged land and sea battles against the Swedes and, during the same period, repulsed frequent attacks by bellicose German knights.
Novgorod used its fleet to attack the Swedes at Sigtun. Novgorod pillaged that Swedish town and carried off the booty won in the battle. The most prized treasure was Sigtun's massive red copper gate, called the "Sigtunskiye Vrata," which to the present day adorns Novgorod's St. Sophia Cathedral.

Lodyas from Novgorod sailed into the Arctic Ocean (called in olden days the "Breathing Sea") and, by the end of the twelfth century, Novgorod governed the Northern colonies of Perm, Pechora and the Yurga region in the northern Urals. Explorers from Novgorod entered the White Sea, which they called the "Cold Sea," through the Severnaya Dvina estuary and founded the first Russian settlements along its coast. The hardy pioneers who settled in this region came to be known as the Pomors, meaning "[dwellers] by the sea."

The princedom of Moscovy had, meanwhile, been gaining in strength and growing in territory. The first true Russian State was established when Moscovite Princes successfully annexed surrounding territories in the fifteenth and sixteenth centuries. Yet, with all its territory, Moscow had no maritime port. After seizing the Crimean Khanate, the Ottoman Turks became the predominant power in the Black Sea. Moreover, Moscow's annexation of Novgorod in 1478 ended the trade monopoly of the Novgorod merchants and generally weakened Russia's position in the Baltic Sea. With no port and no fleet of vessels, Moscow was unable to challenge the strong grip that Western merchants from England, Holland and Germany held over Russian trade.
Grand Prince and first Russian Tsar Ivan IV (Ivan the Terrible) sent an army to seize the southern Volga regions of Kazan (1552) and Astrakhan (1556), thus providing Russia with an entrance to the Caspian Sea. Russia captured the town of Narva (in modern Estonia) near the Baltic Sea and, for approximately twenty years, the so-called Narva Sea Route served to transport goods between Moscow and the Baltic. The greatest obstacle to trade in the Baltic Sea was the unabated piracy which severely restricted Baltic commerce.

In response to the constant plundering of ships along the Narva sea route by Polish buccaneers and pirates from Danzig, Ivan IV enlisted the services of a Danish seafarer, Captain Carsten Rhode. Ivan IV financed the arming and outfitting of a ship and issued the Dane Letters Patent granting him the broadest possible powers-in essence, the right to pirate and plunder any and all ships not sailing under the Tsar's flag. Captain Rhode served with remarkable ardour. In time, the King of Denmark wearied of the incessant protestations issuing from the royal courts of Europe, felt compelled to intervene, and recalled the zealous Dane. In 1581 Swedish forces recaptured Narva, and trade along the Narva sea route ceased.

In 1555 Ivan IV granted trade privileges to British merchants. They founded the Moscow Company and began sending ships annually into the estuary of the Severnaya [Northern] Dvina. Dutch merchants also began bringing their ships into the White Sea and Severnaya Dvina, and, in 1584, the town of Arkhangelsk was founded. Also toward the end of the sixteenth century a Cossack named Yermak Timofeyevich explored the lands of West Siberia and claimed them for Russia.

The most rewarding discovery made by the European fur traders toward the end of the sixteenth century was an area of northwestern Siberia, east of the Yamal Peninsula, called Mangazeya.

The Pomors had reached Mangazeya and trapped furs there in the early 1500's. They rounded the Yamal Peninsula by sailing on the ice-utilizing a craft called a koch that they themselves had devised. (In fact, the Pomors originated a surprising number of navi-gational methods and devices that astounded European seafarers well into the nineteenth century.) By the seventeenth century the Pomors had built permanent settlements in and around Mangazeya
Posted by Mitch Williamson at 12:10 PM