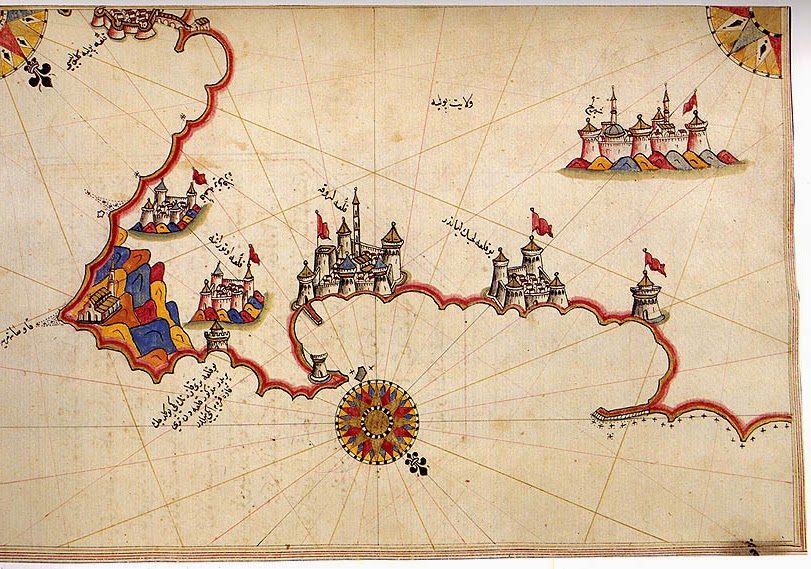 Almost forgotten today is Sultan Mehmed II the Conqueror's amphibious attack against Otranto, though in western Europe the Ottoman assault was easily the most electric news of the year. In August 1480 about 10,000 Turkish troops landed, a large force at the time, and they easily took the small city after a brief, three-day siege. The seizure was only the opening operation of a larger intended conquest of Italy: Realizing full well the danger at hand, all the Italian states rallied to the defence of Christendom (except Venice, whose commercial connections in the East were always a complication), pledged themselves to a formal Holy Alliance against the Turk and sent money and men to help the King of Naples remove the Turkish bridgehead. Through the winter of 1480 and into the following year the allied Italian force maintained a blockade, but the decisive event of the siege occurred back in Constantinople - the sultan's death in May 1481. The resulting concentration of political energy on the capital eliminated the possibility of reinforcing Otranto, and so in September the Turkish garrison surrendered on terms (they were none the less put to death in revenge for the thousands of Christian captives massacred or sold into slavery). Many Europeans had not expected a Turkish defeat. Sensing a looming tragedy, during the siege a German cleric had made his pilgrimage to 'the Eternal City before ... it was taken by the Turks'. In 1481 the fall of Rome to the sultan was scarcely less imaginable than had been the fall of the second Rome, Constantinople, twenty-eight years before. Over the next generation, wild rumours and prophecies flourished in Italy and Europe: that the Pope had been seized by Barbary pirates, or that the sultan would take Rome, but turn Christian and usher in the next age.
Posted by Mitch Williamson at 1:39 PM